SUZANNE COWHERD, Programs Manager
Suzanne was born and raised in Pleasant Hill. She earned her Bachelors degree in Organizational Communication Studies from California State University, Sacramento and has since worked in the non-profit sector with a background in behavioral therapy and support for people on the Autism spectrum. She is passionate about animal rescue in hopes to reduce animal homelessness within our community. Suzanne began her work managing our cat adoption center at Pet Food Express in Danville and is now the CCHS Programs Manager. In addition to her role as Programs Manager, she is also a foster for our organization.

KATRINA DAW, Office Manager
Katrina is a Concord native and has spent years serving as a PTA board member of her children’s elementary school serving as President, Treasurer and Event Coordinator.  She has a background in Customer Service and Sales. She has many years of volunteer and board experience.

Nicole Haney is Co-President of CCHS, focused on overseeing all Animal Programs. She is an active volunteer in our Dog Foster Program, helping to place rescue dogs into their forever homes as well as being a foster herself. Nicole is passionate about the welfare of ALL animals: companion, domestic, and wild. She also volunteers with the HSUS in two roles: 1) as a State District Leader working to pass animal welfare legislation for ALL animals, and 2) as a member of the Animal Rescue Team where she deploys to various locations to provide care for animals during natural disasters, hoarding or cruelty cases. Nicole is a Management Liability Insurance underwriter, providing coverage to Fortune 500 companies across all industries. She is a graduate of San Francisco State University where she earned her Bachelor’s and Master’s Degree in Philosophy. She and her family have adopted two kittens and a dog named Brix from CCHS, who join a very patient cat she rescued 14 years ago. Nicole joined the CCHS Board of Directors in 2015.

Temma is the Chief Financial Officer and law firm Administrator for Angius and Terry LLP in Walnut Creek. She has over 15 years of experience in Human Resources Management and is Chair of the CCHS Personnel Committee. Temma earned her BA in Political Science from San Francisco State University and is the past Board President for the Benicia Stingrays Swim Team. Temma also served as a Commissioner for the City of Benicia, Civil Service Commission. Temma is a long time animal welfare advocate and has done some volunteering for the Animal Rescue Foundation in Walnut Creek and the Benicia/Vallejo Humane Society. Temma became a member of the CCHS board of directors in 2017.

Jan Bono is the CCHS Board Secretary and Kitty Corner Program Sponsor.  She is also a passionate volunteer at Kitty Corner where the memory of her favorite special needs friend, Divot, is kept alive with his 12 Days of Christmas annual adoption sponsorship. Jan is the West Consumer Risk Markets Leader for Ernst & Young, LLP where she has been a Partner for over 20 years.  She supports her global clients with managing their governance and risk management programs.  Jan is also the Advisory Board Chair for Pleasant Hill YMCA and serves on the East Bay YMCA Board of Directors Diversity Committee.  Jan is also an enthusiastic volunteer and member of the Oakland Zoo where she leads Ernst & Young teams on annual volunteer events.  Jan was honored to be the 2012 IDF YMCA Volunteer of the Year and was recognized as the CCHS Volunteer of the Year in 2018. Jan earned a degree in BS Business Administration, Organizational Development Emphasis at California State University, Fresno; and holds certifications in both project management and information systems. Jan and her husband Chris live in Martinez and are owned by six rescued kitties and one rescued dog named Scrimmage.  Chris is also a CCHS volunteer and runs the CCHS AniMeals program which distributes pet supplies to needy recipients in conjunction with the FoodBank. Jan became a member of the CCHS Board in 2014.

Christine graduated from the University of San Diego with a Bachelor’s Degree in business administration and holds an MBA in finance from California State University East Bay.  She has spent more than 20 years working in a variety of finance and accounting positions with Longs Drugstores, Central Garden and Pet and most recently with the CSAA Insurance Group.  Christine joined the CCHS board in 2009 and has served as its Treasurer since 2012.

Steve is in the financial sector and has extensive experience in companion animal welfare and professional leadership for nonprofits.  He earned a BA in accounting from Portland State University.  He has spent more than 10 years as a volunteer for Contra Costa Animal Services where he started and manages CCAS’s Running Dog program.  The program involves a team of approximately 20 runners who schedule structured runs with the dogs on local trails providing them with much needed exercise and temporary freedom from confinement.  Running Dog also now includes several overnight races at pet friendly locations throughout the year.  Steve joined the CCHS Board of Directors in 2014.

Mike joined the CCHS Board in 2015 and is the sponsor for the Spay Neuter Assistant Program (SNAP), along with serving on the Finance and Governance/Organizational Effectiveness Committees.   He graduated Magna Cum Laude from Golden Gate University with a BS degree in Business Management.  Mike additionally holds a linguist degree in Korean from the Monterey Defense Language Institute.  He is a Vietnam Era Veteran and had a 42-year career with Chevron as a finance and project manager.  Mike has been a longtime supporter of CCHS and the Lindsey Wildlife Museum, and currently resides in the East Bay with his wife Janet and six rescue animals.

Myrna Schultz is the CCHS Marketing Chair and lead advocate for our AniMeals program.  Myrna has had a varied and progressive 30-year career in marketing, advertising, real estate and construction management working most recently in the food service industry as a restaurant franchise consultant.  She was also a partner and Vice President of Marketing & Development for one of the largest restaurant franchise groups in the United States. Myrna has also worked in Brand Management with several Fortune 500 companies and at one of the largest Advertising Agencies. Myrna earned her Masters of Arts degree from Michigan State University in Marketing and Advertising. She is a member of the Women’s Foodservice Forum.  Additionally, as an animal lover and advocate, Myrna currently volunteers for Best Friends Animal Society and at the Contra Costa Animal Shelter in Martinez, CA. Myrna was elected to the CCHS Board in 2018.

Karen Collins joined CCHS as an experienced kitten foster, skilled in supporting neonatal kittens and is an active member of the bottle baby brigade, as well as serving as a foster coach.  Karen joined the board in April 2021 and is focused on fundraising, as well as increasing awareness of our organization with our local community. Karen’s career involves building partnerships across various avenues to move nonprofit missions and focus’ forward. Over the last 5 years, Karen has focused on food industry donor cultivation at the Food Bank of Contra Costa & Solano, a Feeding America food bank, soliciting over 15M pounds (over 11M meals!) annually for the two counties, as well as partner food banks across Northern California. Previously Karen worked at the UC Davis Cal Aggie Alumni Association, her alma mater, to solicit revenue generating partnerships. Go AGS! Karen and her husband, Matthew, are extremely passionate and committed to supporting animal welfare and increasing awareness and focus on the needs of animals in our community. They reside in Martinez with their furbabies – dogs Sadie and Kubota and cat foster fails, Pepper and Sazz; and any number of fosters that may be with them at any given time. Karen is also an active volunteer with Meals on Wheels Mt. Diablo and an 8 gallon blood donor with Vitalant (formerly Blood Source).

Casey has been a Kitty Corner volunteer with CCHS since 2011, where she is the volunteer Medical Team lead.  She is a co-sponsor of the Spay Neuter Assist Program (SNAP), and serves on the Technology committee.   She has held various leadership positions in Product and Digital management over the last 25 years in the financial services industry, most recently with Wells Fargo’s Strategy and Digital Innovation group.  She earned her BS in Business Administration from Montreat-Anderson College.  Casey is a passionate and long-time advocate for animal welfare, having volunteered in the past at Best Friends Animal Sanctuary, New York City ASPCA, and Blind Cat Rescue in St. Paul’s, NC.  She was the recipient of the CCHS Hero Award in 2019.  Casey and her husband Jamie live in Concord, CA, where they share their home with six rescue cats (including one who is FIV+).  Casey was elected to the CCHS Board in 2021. 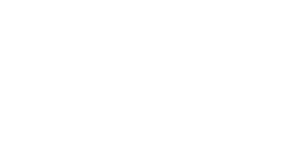